by Stuart Chalmers and See Monsd 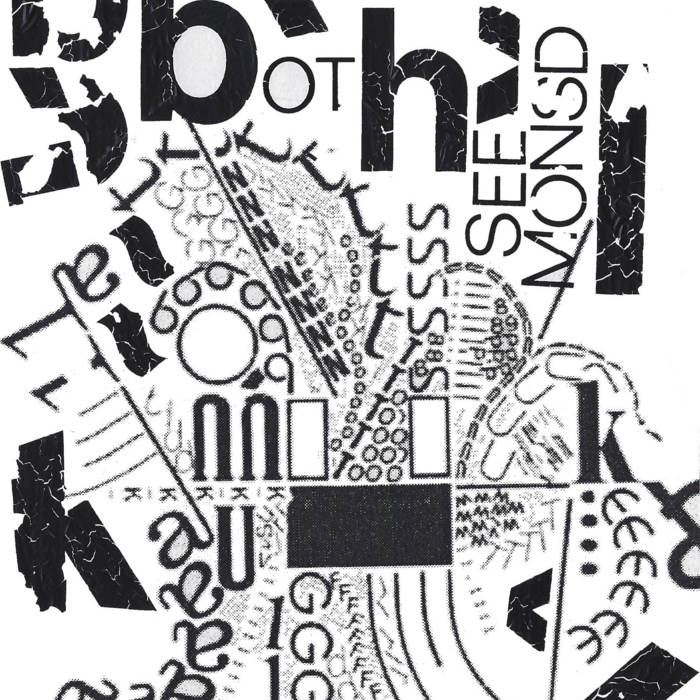 Whilst looking for a subject for our collaboration, Stuart and I came across the work of Canadian artist Derek Beaulieu. Derek had just made a huge swathe of his work public domain and posted it as pdfs on his blog - derekbeaulieu.wordpress.com/pdfs/ - saying “I believe that releasing my writing online for free encourages new and unexpected ways of people engaging and responding with the writing; it will encourage experimentation and reaction.” Perfect. Stuart and I settled on a poetry pamphlet called BOTH BOTH by Derek and Justin Katko published in 2006 and I recorded volunteers ‘reading’ the text art on page 9 to use as source material. I collected about 20 contributions in total, some in person at a gig here in Leeds and the rest submitted online following a call on twitter. The album and bonus tracks are the result of our work but the original readings and the pamphlet are also included with the download so that, in the spirit of Derek’s generosity, anyone interested can use them to make their own creations. Let us know if you do! – Rob Hayler

Part 1 features 'pansonicism' by midwich from the album 'blisterpack'


With thanks to Derek, Craig, Dan and all our readers.

A small DIY record label based in the North East of England.
est. 2014

Bandcamp Daily  your guide to the world of Bandcamp